As a private French tutoring school in Hong Kong, My French Teacher aims to train candidates to exceed international language standards. We help students filter through a vast amount of information. The french tutor arms them with the best learning strategies and focus on the most important topics and criteria. We also ensure candidates are well prepared in terms of material, timing, and stress. 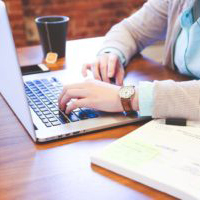 One of the most academically rigorous, internationally recognized qualifications is the General Certificate of Secondary Education (GCSE). It is awarded in various subjects and is usually taken by students in secondary education over a period of two or three years. French language is included in GCSE and a number of other certifications like IGCSE, DELF, IB, SAT and A-Levels.

My French Teacher focuses a lot of its efforts preparing candidates for these exams so they meet the exact requirements of these certificates. The french tutor reviews specifics French words, French phrases and real French-speaking situation to ensure students are well-versed in all aspects of the language.”

The four different parts of the GSCE French exam will be studied separately to optimize the work:

Native speaker pre-recording items will be heard twice in class. Students’ comprehension will be tested by a range of mentions requiring non-verbal responses or responses in English.  They will be expected to understand details described in the audio aids, reference to past, present and future tenses, and identify points of view. GSCE French listening will be marked on the satisfactorily communication of student’s understanding, even though the response may contain some errors.

Only the written language will be used in the test. We will work on the students understanding based on the analysis of  brochures, magazines, books and other reading sources. Students will be tested on the understanding of keys points, details and points of views explained in the material. GSCE French reading will be marked on the satisfactorily communication of student’s understanding, even though the response may contain some errors.

Students will need to complete two controlled assessment tasks. Both will be done in form of a  dialogue tested on different criteria: Communication, Range, Accuracy of Language, Pronunciation and Intonation, Interaction and Fluency. GSCE French speaking will be marked from 0 to 5 or 0 to 10 depending on criteria.

Candidates respond in French in two task-oriented exercises – tasks setting and tasks taking. They will write their expected assessment in a limited time period and with limited material in the first task. Then without time limits and authorized material like a dictionary, and Internet in the second. Gsce French writing will be marked according the Content, range of language and accuracy.

For GCSE French examination, students must be aware that in addition to speaking, reading, writing and listening. They need to have an acquired knowledge and understanding of French grammar. 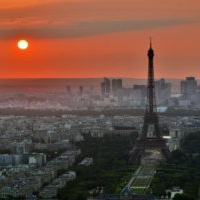 schedule as well as intensive courses in Hong Kong. We ensure candidates is having a well-rounded understanding and mastery of the French language to excel in these certificates.

Our courses prepare students to internationally recognized diplomas and qualifications issued by Centre international d’études pédagogiques (CIEP/French Ministry of Education), students can ask for specific preparation tutorials for these examinations. 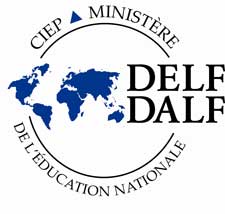 DELF (Diplôme d’Etudes en Langue Française) and DALF (Diplôme Approfondi de Langue Française) are French language certificates for people who are not native French speakers, administered by the French Ministry of Education. The DELF curriculum is divided into 4 independent diplomas corresponding to the first 4 levels of the Common European Framework of Reference for Languages.

The DALF is composed of 2 independent diplomas corresponding to the 2 highest levels of the Common European Framework of Reference for Languages. They are valid indefinitely.

Each level evaluates the four communication skills: oral comprehension, written comprehension of the written production, and the production and oral interaction.

This is the beginner or “breakthrough” level of language use. The student is able to interact in a simple way: he can talk about himself and his immediate environment.

This is the basic user level of the European Framework. It demonstrates a command of basic structures of the language. The student is able to perform simple tasks of daily life.

This diploma is for intermediate or “threshold” users. It demonstrates an ability to understand and maintain a discussion and give one’s advice and opinion, to deal with situations of daily life.

This diploma certifies a degree of independence and a general command of the language.
The student is able to develop, defend and argue a point of view.

DALF is the level required for entry into most French universities. It demonstrates an effective and operational command of the language from independent users.
The student can understand a wide range of demanding, longer texts, recognise implicit meaning, and use the language flexibly and effectively for social, academic and professional purposes. 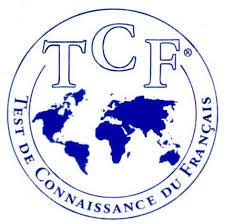 TCF (Test de Connaissance du Français) is a French language test was conceived by the Centre International d’Etudes Pédagogiques (CIEP). It is intended for people who are not native French speakers and who wish to have their competency in French assessed and certified simply, reliably and quickly.
All candidates receive a certificate that grades them at one of the six levels of competency as defined by the Council of Europe (Common European Framework of Reference for Languages). The certificate is valid for 2 years (from the issued date by the CIEP).

The review assesses the TCF with 80 questions (compulsory tests) the level of knowledge and skills:

France Langue Nice and Bordeaux are exam centers for the TCF for the access to French Nationality. 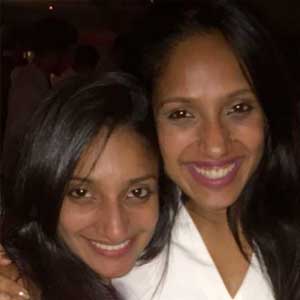 Learning a language isn’t one of our strengths, but their use of movies, music and games really helped us.

While he has a structured program, he was also extremely flexible and willing to change the class to meet our personal requirements.

Despite both of us working in completely different industries (Media and Trading), our French tutor made the effort to teach us terminology relevant to both businesses.

His enthusiasm is infectious and therefore we looked forward to every class!