With the arrival of Netflix in France there are some great original series being made for the streaming service. Here’s our pick of some of the best shows offering you an insight into French culture, new vocabulary, good laugh, with french subtitles according your levels..

The series follows the work, life and loves of agents at talent agency ASK. It’s a fast-paced comedy and each episode features a cameo from a French star of stage, screen or internet so it functions as a crash course on the rich and famous of France. It’s genuinely hilarious and the stars who feature – big names all – are not afraid to laugh at themselves, so you will witness Monica Bellucci, Jean Dujardin and so on …

There’s some industry-specific language so if you’re after a career in French TV or cinema this is definitely one for you, but there’s also lots of the day-to-day phrases and slang used by the trendy Paris set (which this lot definitely are). As a bonus, you’ll also learn which English phrases you can pepper your conversation with to make you sound with-it, and there are a few secret romances too, so your langue d’amour will be top-notch after 18 episodes.

After learning that cannabis is set to be legalised in France, a Jewish family set about turning their kosher butchers into a soon-to-be-legal marijuana shop. Cleverly placed comedy lies around every corner with impromptu trips to Amsterdam, new police neighbours and countless family secrets that just can’t stay under wraps.

As informal and chatty as comedies come, the Hazan family and friends don’t hold back from calling everyone their “frère” or their “mec” one minute to having full-blown family arguments the next. Coming from the less well-off end of Parisian society, you’ll hear lots of Verlan / argot. Plus they all speak super-fast so it’s a real workout for your language skills.

The rom-com series sees a heartbroken Elsa struggling to get over her ex-boyfriend. As all good friends do, her best mates decide to hire an escort boy to play a new love interest and get her out of her funk. Full of quirky characters and face-palm moments, you won’t be sure whether to cry laughing of squirm of awkwardness in this not-so-graceful love story.

If you’re planning on making a few conquests in France, this one is for you. With a lot of courting and dating between Elsa and Jules, Plan Coeur is perfect for picking up all the phrases you might need in a romantic situation.

If you’re up for a challenge and into sci-fi, Osmosis could be a great option. Slightly hard-to-grasp at first, it follows a new French technology that aims to match people with their soul mates. Sort of a French version of Black Mirror, the daring technology will make you think, but the series is worth the testing first two episodes.

As you can imagine with cutting-edge, love-creating, human-bonding technology, some of the language in Osmosis can be pretty scientific. There’s a lot of talk about how the mind works, emotions and communication too which can leave you with some handy titbits. There’s a real mix of people from all walks of life, from schizophrenic teenagers and worried mums to science geniuses and shy young women. 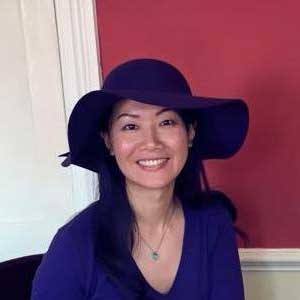 I’ve always thought learning french would be difficult, because of all the exceptions in the language, but MyFrenchTeacher have made learning French fun with the practical and interactive word games. And the sharing of the additional French cultural information adds more ‘dimension’ to the whole learning process. Additionally, the regular interaction with my French tutor allows someone like me, who travels a lot, to still be able to refresh the classes on-the-go. So far, it’s been a great start to my French learning experience.